WE Conservatives owe readers of The Sun and The Sun on Sunday an apology.

We made the wrong choice this ­summer about the path we should take.

Plans to cut taxes targeted on the richest were a holiday from reality.

A mini Budget that didn’t explain how spending plans would be paid for was an error. To put it mildly.

So I understand why people are angry. We must earn your trust again.

That means being straight about the problems we face. 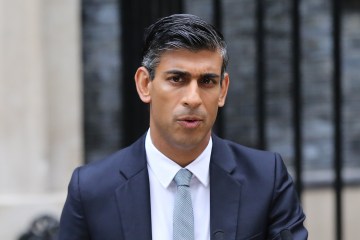 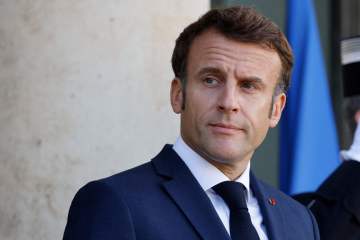 We, like much of the world, are facing profound economic challenges.

Our problems stem in large part from the aftermath of Covid and the energy price hikes caused by Putin’s war in Ukraine.

As a result of both, prices have risen and households are suffering.

We will only get back on the right track if we take the tough action ­necessary to deal with inflation and show compassion for those hardest hit by these economic challenges.

No one has argued more passionately and loudly for sound money and ­support for the vulnerable than Rishi Sunak.

He has the experience, competence and compassion to steer us through the choppy economic waters ahead.

There’s no escaping the fact that there are tough choices to be made and we owe it to you to level with you about the scale of the challenges we face.

But Sunak has led us through equally daunting challenges before.

When Covid hit, the global economy all but froze and the prospect of mass unemployment loomed.

The furlough scheme supported over ten million jobs and saw us emerge from the pandemic with record low unemployment.

Competence, conviction and compassion. Those are the defining characteristics of Sunak.

I know that he will not just get the big calls ahead right, but that he will make them with those struggling the most at the forefront of his mind.

And it’s not just me who has ­confidence in him. The markets are showing signs of confidence too.

In the days since Sunak has taken office, the cost of borrowing has ­stabilised.

Interest rates are lower than they would otherwise be.

That helps families with mortgages and supports stronger public finances for our country.

It’s still early days and there is much work to do but these are strong foundations.

That’s why the Labour idea that the answer to our contemporary issues is a General Election is simply wrong. It would mean more ­uncertainty.

And the suggestion that Sir Keir Starmer is better placed to fix our economy is as laughable as it is ­dangerous.

In 2019, Starmer stood next to Jeremy Corbyn and John McDonnell and told the country voters should put them in charge.

Nothing should make a young family with a mortgage or those worried about their pension more nervous than the prospect of a Starmer-led ­government.

Instead of the instability of another General Election, we need to get back to delivering what we were asked to do after the 2019 vote.

We won on a manifesto to level up the country, strengthen public services and deliver the benefits of Brexit.

We need a relentless focus on those missions.

A stronger NHS that gets people the care they need when they need it.

Tighter borders and an end to the unacceptably high levels of illegal ­immigration we are seeing.

A greener country where our environment is protected and enhanced.

And the overarching mission, which Boris Johnson rightly demanded, of a properly levelled up United Kingdom — one where opportunity is as equally distributed as talent.

Where overlooked families and undervalued communities are our absolute focus.

That means delivering more world- class schools in areas that lack them, good jobs in our industrial heartlands, thriving high streets in all our towns, police officers once again focused on crime fighting first, and improved access to GPs right across the country.

It also means delivering a new deal for renters, as we promised in our ­manifesto.

And it means building more genuinely affordable homes to help families and young people on to the housing ladder as well as protecting innocent lease- holders from the building safety crisis.

I am grateful to Sunak for getting us back on track to delivering for Sun readers.

We have a lot of unfinished business. And time is pressing.

But if we get the economy growing again, take control of our borders, improve public services and make opportunity more equal, we can deliver the better Britain you voted for in 2019.