This B.C. man says his late wife’s cancer care was inadequate. He wants changes to how complaints are handled | CBC Radio

Trouble is, it may be the easiest thing he ever does in No10.

Given the dire circumstances he has come into — with the country in deep crisis, voters reeling from the Tories’ seven-week aberration with Liz Truss and his party 37 points behind a lacklustre Labour — Sunak’s tone could not have been better.

He had the humility to indicate how badly his party had blundered over the last year, how much he had to fix and how far back the road is to any recovery for the Government.

He was measured, sensible and statesmanlike . . . a stark contrast to his ­predecessor, though he rightly stressed Ms Truss was not wrong to focus on growth, only mistaken in her haste.

He was grateful to Boris Johnson for his warmth and achievements in office. 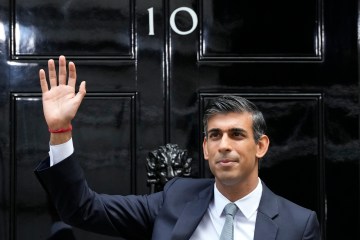 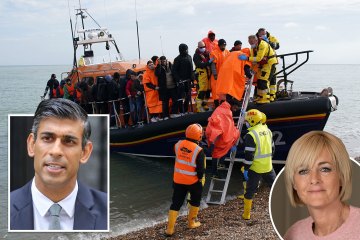 But he was there, he said, to mend the problems Truss created and earn back the nation’s trust — lost initially under Boris — via integrity, professionalism and accountability.

And by returning to the principles of the election-winning 2019 manifesto, as The Sun has urged.

Labour desperately hope their false and dishonest caricature of Mr Sunak as a rich, uncaring banker will stick.

But the PM reminded us how he spent billions as Chancellor during Covid on furlough and other schemes, saving vast numbers of jobs and businesses.

He will need to show that compassion again in the months ahead.

His Cabinet hires were largely commendable.

He kept the best performers and sacked duds for far better options.

He rightly picked from both wings of a party needing unity.

That said, quite why Gavin Williamson and Andrew Mitchell deserve a return is beyond us.

ONE by one Labour’s idiotic young Corbynite MPs disgrace themselves by implying Rishi Sunak’s ethnicity is invalid because he is a rich Tory.

The likes of Nadia Whittome and Zarah Sultana see nothing to celebrate in our first Hindu PM.

Many other Asians, here and abroad, are delighted for him and for Britain regardless of their political leanings.

But Whittome whines: “He’s a multi-millionaire.”

Labour has at least come far enough from the dark Corbyn era that its leadership now slaps down such repugnant, divisive stupidity.

But while his front bench might now talk a better game, his back benches are still shamefully infested with juvenile, prejudiced, dim, class-war cranks.

If the Tories fail, those hard-Left muppets will sit alongside Starmer in power.