AN economic car crash has been inevitable from the day Covid hit us in early 2020. It is now here.

The Bank of England’s interest rate rise was bad enough. Its forecasts for the longest recession ever and a huge surge in unemployment are far worse.

The only hope is that it’s wrong, again.

Indeed it was laughable to hear boss Andrew Bailey saying he needed “to act forcefully now” or “it will be worse later on”.

Had he acted forcefully when inflation first took off last year we would be in far better shape today.

If any individual is to blame, he is. 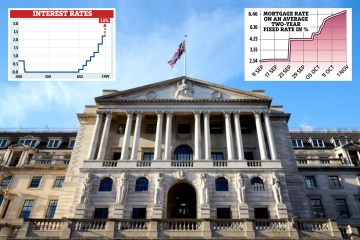 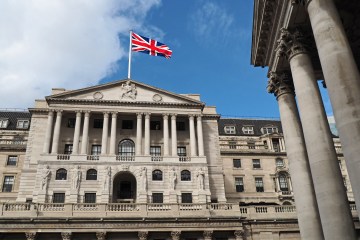 But the root causes are clear. For two years, at mind-boggling cost, we paid much of the workforce to do nothing but “stay safe”. Once Covid receded, inflation climbed. Then Putin declared war, gas prices soared and inflation with it.

Labour aims to rewrite history because it clamoured for those lockdowns and bailouts and wanted them never to end.

One clown of an MP tried to blame it all on “12 years of Tory rule” this week.

How he accounts for the same calamity engulfing most of Europe we don’t know.

But the Government WILL be blamed. That’s natural. Especially since, in his justified zeal to balance the books, Rishi Sunak offers only pain and tax rises.

He needs to turn it round somehow — or skint voters will return that pain at the ballot box.

ONE by one they line up to apologise.

From the overwhelmed duty cop and his clueless commanders to the ambulance chief who put staff safety before saving lives and the fire station manager who delayed crews for two hours.

There MIGHT have been a second bomb. What was certain was victims were dying, including two who might have lived.

The national threat level was “severe” and here was a suicide bombing — but emergency services still weren’t drilled for a joined-up response.

We are sick of hearing lessons have been learned. Why weren’t they learned by 2017?

WHAT a coincidence. Tony Blair’s pet liar Alastair Campbell advises Albania — and it blames the Tories for the small boats crisis.

Don’t be fooled. This scandal is not caused by a failure to process asylum claims or treat migrants with “respect”.

It is caused by chancers — some of them criminals and many neither refugees nor victims of any sort — arriving illegally, faster than any country could handle, to cheat our soft-touch system.

Campbell doesn’t have Britain’s interests at heart. Only Labour’s.