This bird hadn’t been seen since 1882. Then scientists captured video of it in Papua New Guinea


YESTERDAY began with the bleak news that food prices are rising at their fastest rate in 42 years, jumping by almost 15 per cent.

Overall inflation is now more than 10 per cent, with worse to come.

Interest rates — and therefore mortgages — will rise further in response.

Sun readers are being badly squeezed. They needed to be given reassurance that the Government has a grip.

What they got — hot on the heels of Monday’s debacle that saw last month’s mini Budget almost entirely shredded — was yet another day of chaos.

Late morning, it emerged PM Liz Truss had suspended one of her most senior advisers for allegedly briefing against an ex-Cabinet minister. 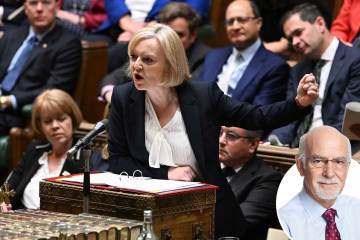 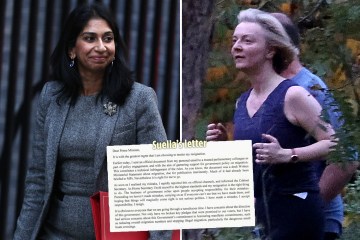 At lunchtime, the Prime Minister made a U-turn on a U-turn by saying the Government WOULD be protecting the triple lock for pensioners — a day after her spokesman said she might not.

Mid-afternoon, No10 cancelled a trip to an electronic manufacturer — apparently as Ms Truss was worried about losing a three-line whip vote on fracking.

Then, at 5pm, came the bombshell news that she had forced her Home Secretary to walk the plank.

The official reason was that Suella Braverman had breached the ministerial code — but they had been falling out for weeks.

“I have concerns about the direction of this Government,” she said, citing the PM’s commitment to cutting net migration and ending the small boats scandal in particular.

In a devastating dig at Ms Truss, the Brexiteer added: “Pretending we haven’t made mistakes, carrying on as if everyone can’t see we have made them and hoping that things will magically come right is not serious politics.

“I have made a mistake; I accept responsibility; I resign.”

Ms Truss tried to steady the ship by appointing Grant Shapps — in the process enraging Brexiteers, disturbed that we now have a Remain-voting PM, Chancellor and Home Secretary.

Shapps was barely behind his desk when the fracking vote descended into chaos and the chief whip and her deputy tried to resign — amid claims of a complete breakdown in discipline, Tory MPs being manhandled in the lobbies and insults being openly traded.

On Halloween, Ms Truss and her Chancellor Jeremy Hunt (himself in post less than a week) have to show they have a plan to clear up the mini-Budget mess, and fill the black hole in the nation’s finances. The markets and the country will be watching.

The PM needs to stop the mayhem. Or somebody in the Tory party will surely stop it for her.

Biden, Xi shake hands as they meet amid superpower tensions