Cleaning products you should never mix together – ‘toxic fumes’


THE great office of Prime Minister was yesterday reduced to an unedifying game of ghost-hunting.

On a day of unprecedented humiliation, Liz Truss was holed up in Downing Street, while her mini-Budget and entire political ideology were killed and buried by the new Chancellor Jeremy Hunt.

At one stage, when she failed to turn up for Labour’s Urgent Question in the Commons, her stand-in Penny Mordaunt had to reassure the country that the PM “wasn’t hiding under a desk”.

When Ms Truss did appear on the green benches, sitting silently next to the Chancellor, she looked like a haunting apparition.

Can there really be any way back for her from this?

Mr Hunt did what he had to do to stabilise the markets after the mayhem triggered by the botched handling of the mini-Budget. 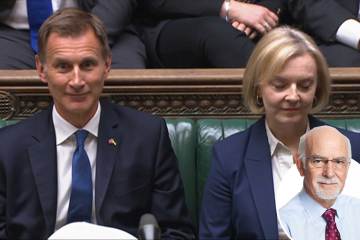 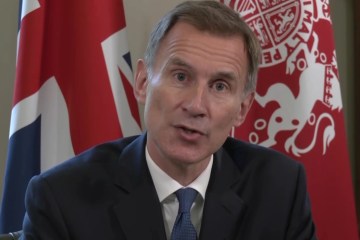 He has restored some order over the cost of Government borrowing, and interest rates are now much less likely to hit six per cent, limiting some of the mortgage pain.

But at what cost to Truss, the Tories and — most importantly of all — Sun readers?

Income tax cuts are gone, booze will go up, the pensions Triple Lock is under threat and, most worryingly, there is now no guarantee of energy support beyond April.

Families face energy bills of up to £5,000 as well as the highest overall tax burden since 1950.

Thought of PMQs is almost tragic

Any hope of a tax-cutting growth agenda — intended to stave off recession, then increase wealth for everyone — is in the grave.

Hunt, now de facto PM, warns there could be even more misery to come with more tax rises and cuts to public spending likely when he delivers his Halloween statement.

Sir Keir Starmer is sitting back and enjoying the Tory implosion and his mammoth poll leads.

But Labour BACKED most of the tax cuts in the mini-Budget, and has no growth strategy of its own.

So what happens next? The thought of a broken PM having to appear at PMQs tomorrow is almost tragic. Yet allies insist she wants to fight on — and Tory MPs have no clear plan to replace her.

What is not needed now is either an election, or another interminable leadership contest.

If Truss cannot quickly sort herself out, the grown-ups need to get in a room with 1922 Committee chairman Graham Brady and agree a peaceful transition to a sensible figure like Rishi Sunak or Ben Wallace.

For the sake of the country, we cannot go on like this… with a ghost in No10.