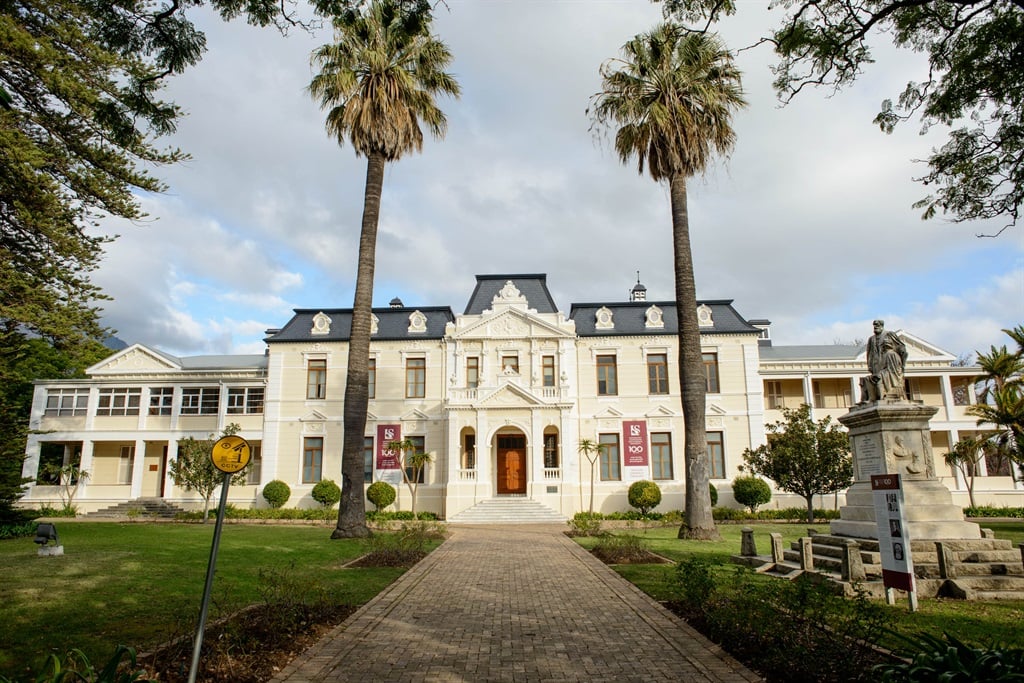 A general view of Stellenbosch University on June 15, 2021. (Photo by Gallo Images/ER Lombard)

For the current culture of students urinating on the belongings of others to be dismantled at Stellenbosch University, there would need to be a complete deconstruction of the institution itself, writes Ijeoma Opara.

The title of this piece alone has me regret writing it in the first place. Stellenbosch hates nothing more than bad press, and this is simply adding to it. But, vital pieces need to be included in analysing why Stellenbosch and the university have stayed the same. We need to go beyond the arguments of the origins of apartheid and deeper into what it means to deem certain acts as racist.

In 2022, there have now been three (known) peeing incidents at Stellenbosch University. We are seeing a streamlining of the same story but with different outcomes, where the institution has had a healthy history of similar stories: drunk students, miscommunication, allegations and so on.

For the current culture to be dismantled at Stellenbosch University, there would need to be a complete deconstruction of the institution itself. But since this cannot happen, what has occurred instead are incremental acts of neoliberal redress; attempts to change staff and/or student demographics, renaming buildings, including isiXhosa as an addendum in official documents, suspensions and expulsions, referendums, commissions of inquiry and reports.

Most recently, the Khampepe Independent Commission Report has stated what many have already known to be the truth. Part of why these attempts as redress can only go so far is because the sovereignty of the university’s residents can be considered the last bastions of Afrikanerdom. This was acknowledged.

The legacy of Stellenbosch’s residences cannot be forgotten in tandem with the universities. We know that not only did the creators of apartheid study at Stellenbosch, but they lived at these residences. The informal spaces of bonding, brotherhood, and deep fraternal, cultural practices were just as integral as the official policies and laws segregating South Africa. To find sanctity and connection within these silos of brotherhood was (and still is) important to preserving the integrity and culture of Afrikaner identity as boys transition from awkward first years to young men. So what does this tell us about the type of men (and women, because there have also been racist incidences at the women’s residences), being moulded at the institution? In the most recent Convocation of Stellenbosch University alumni, the Chairperson, Adv JC Heunis, called for an “Afrikaans Spring”, hinting towards some sort of pseudo-radical re-revolution. Why do Afrikaans people feel they are under attack? This unoriginal tactic of victimisation is a false reality as to the state of not only Afrikaner identity but its place in South African society.

The public South African discourse on racism is often limited to ‘he said/she said’ rhetorics. This person did this, which is not good because it is racist. I will not insult the victims of these incidents by saying that what they experienced were not racist acts of degradation. Because they most certainly are. However, the onus falls not only on the perpetrator but on institutional practices designed to keep treating systemic dysfunctions as an outlier, one-time ‘events’. I don’t know how many more protests on the Rooiplein it will take for the university to reckon with its dark past. We cannot talk around the problems, labelling things nicely so that end-of-year targets and deliverables can be met.

Creating tangible transformation requires taking the steps that others are afraid to make—leading with authenticity and integrity. But unfortunately, until there is a tangible incentive to invest in radical transformative practices, we will keep finding this little dorpie town in the news for racist incidents for years to come. That is not a threat in any way but a promise. The university must decide what side of history it wants to be on without trying to appease every side. Centralist politicking is often concerned with survival, so there may never be an outright condemnation of the institution’s culture. Therefore, for change to occur, an unknown factor must confront the university, where it has no choice but to steer in the direction of good.

People often counter-ask, so what is the ‘real’ solution? How do we solve the issue of racism? At this point, I would like to remind us of Toni Morrison’s infamous quote on racism:

The function, the very serious function of racism, is distraction. It keeps you from doing your work. It keeps you explaining, over and over again, your reason for being…None of this is necessary. There will always be one more thing.

The idea that an article like this still needs to be written for people to understand the basics is mundane. As someone who was heavily involved in Open Stellenbosch during my undergraduate years, it would be a severe understatement to say this topic is tiring. There are more important things I want to write about other than the pissing activities of young, entitled white boys and the broader implications on our understanding of racism in South Africa.

But the starting point is knowing where we are having these conversations. How do we understand racism, its function, and why it is more covertly prevalent than we think are some questions we need to consider. Why do we see an act of dehumanisation as a separate, quantifiable event instead of a reoccurring symptom of the white imagination in South Africa? And if we understand it as a symptom of the white imagination, how is Stellenbosch University contending with being the historical epicentre of constructing said imaginations?

These questions often make most South Africans viscerally uncomfortable or outright angry with counter-arguments amounting to hate speech rhetoric, creating binaries of reverse racism accusations. But, if they are not answered, we will keep having the same conversations over and over, with more experts weighing in on a complex issue that only needs a simple solution. Denouncing racism beyond the paragraphs requires actionable dedication to dismantling the things that define Stellenbosch for what it is. And that is the scariest part that no one wants to address.

– Ijeoma Opara is currently a PhD Candidate in Political Science at Stellenbosch University through the SARChi Chair in Gender Politics. Her project investigates the construction of blackfemme postfeminist identity in South Africa through the lens of Slay Queen culture.

*Want to respond to the columnist? Send your letter or article to opinions@news24.com with your name and town or province. You are welcome to also send a profile picture. We encourage a diversity of voices and views in our readers’ submissions and reserve the right not to publish any and all submissions received.