Several treated for smoke inhalation after suspected arson in Chilliwack, B.C. – BC | Globalnews.ca

Chalk River, Ont. company heading to the moon in search of water


WE already knew rail union chief Mick Lynch was prepared to trample all over fare-paying train customers in his interminable series of strikes.

But now he has revealed an even uglier side to his throwback antics, by callously wrecking the Royal British Legion’s poppy fundraiser next month with yet another self-indulgent walkout.

Refusing to change the date, Lynch shrugged off responsibility for veterans’ disappointment, and even called for the Government — ie taxpayers — to cover the charity’s expected £1million losses.

If he had an ounce of shame, he’d realise it’s the RMT that should dip into its vast coffers to make up the shortfall.

Maybe the smooth-talking bruiser himself — who trousers £84,000 a year plus benefits for grinding the nation to a halt — could even make a contribution?

But we’ll leave the last word to poppy-seller and former guardsman Barrie Padwick, 80, who brands the RMT’s picket action “disgusting”. 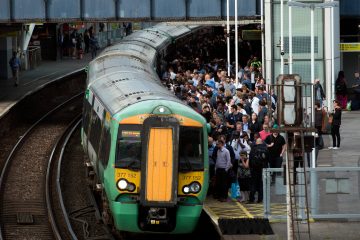 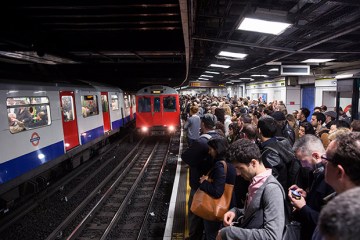 BOOTING Russia out of qualifying for the Qatar World Cup for its brutal and unprovoked invasion of Ukraine was the best decision FIFA has made in many a year.

Now there are also calls to kick Iran out of next month’s tournament, for providing military experts in Crimea to help coordinate Russia’s killer drone strikes.

Like Russia, Iran has long been a malevolent presence on the world stage.

In August its mullahs revelled in the near-fatal knifing of author Sir Salman Rushdie, while its militias are currently beating schoolgirls to death for the “crime” of refusing to cover their hair.

The repellent assistance for Vladimir Putin’s war crimes surely removes any doubt over its fitness to participate in the World Cup.

We’d love to see its place handed to Ukraine as punishment, unlikely as that may be.

But if FIFA doesn’t step up, we hope our England and Wales aces can send a message of a different kind by trouncing Iran in the group stage.

A call to calms

THE latest grim economic data out yesterday was a reminder of the real-world backdrop to the heady drama in Westminster.

From a wildly fluctuating Pound to Government debt jumping to the highest levels in 60 years and retail sales falling, all are in part worsened by uncertainty at the top of our politics.

So the quicker and more smoothly a new PM can be chosen, the better.

And for those whose ambitions are thwarted — and their backers — we urge them for the good of the country to stick a sock in it and rise above tribal squabbles.

We’ve endured far too long swaying between limbo and chaos.