7 items to nourish the soul headed into the extended culinary holiday in L.A.

ANALYSIS | It seems it should be easy to tally up whether nuclear power is worth the cost. But it isn’t easy | CBC...


AFTER inflicting two days of misery on motorists, the two Just Stop Oil eco-loons who suspended themselves from Dartford Bridge agreed to come down yesterday.

While he was up there, one of the clowns — Morgan Trowland — even had the audacity to compare himself to Martin Luther King.

Don’t make us laugh, Morgan. You’re a self-aggrandising, selfish idiot undermining your own cause by making ordinary Brits trying to get to work, school or hospital appointments boil with rage.

At lunchtime Morgan defiantly swore to the BBC he would never give up until his ludicrous demands were met.

But by teatime, with the weather threatening to get a bit chilly, they were on their way down for a warm cuppa.

Perhaps Morgan could reflect that his insistence on immediately scrapping fossil fuels without a viable alternative would condemn millions of households to similar levels of cold this winter. 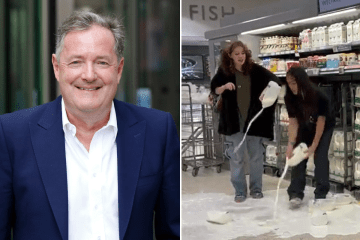 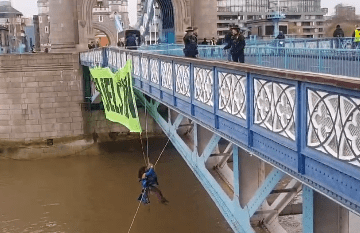 As for the police, is it too much to expect them to stop these twerps from climbing bridges in the first place?

Or at least send a clear message they and their road-glueing cult will be properly dealt with once their tantrums finish?

MORE than most, ex-RAF pilots should be keenly aware of the increasing security threat posed to the West by China.

So how up to 30 of them saw fit to sign lucrative deals to train Chinese aviators in our flying techniques — and therefore how to combat them — defies belief.

A £250,000 bounty may be enough to get anyone’s attention but can those who have served in our country’s Armed Forces put a price on loyalty to Britain? Or the lives of their former comrades they may now have endangered?

We wholeheartedly support the Ministry of Defence’s crackdown on this unpatriotic scrabbling for President Xi’s tainted lucre.

We’re only surprised that betraying your country in this way wasn’t already illegal.

One out, ale out

ANOTHER day, another two strikes announced.

The ever cynical RMT union is to hold three more days of walkouts, timed to coincide with Bonfire Night and wreck another weekend of sporting action.

Don’t expect the union barons to feel any remorse though. On their exorbitant salaries, with the highest-paid 30 averaging over £150,000, why would they?

Unlike their members or most of the public whose lives they so casually disrupt, they can afford to tide themselves over on cases of Dom Perignon and Bollinger while the ale pumps run dry.

Labour’s bigots don’t get it: Tories are the diversity party

A Rundown Of Critical Midterm Election Victories So Far